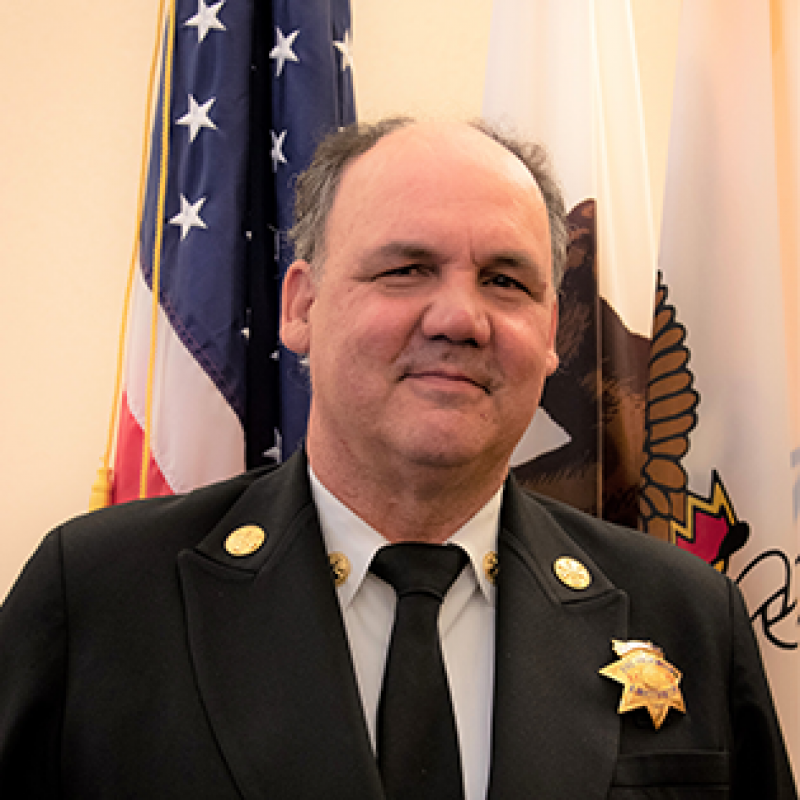 Fire Marshal & Assistant Deputy Chief Dan de Cossio is a native San Franciscan.  He took the oath to serve the citizens and visitors of the City and County of San Francisco, graduating from the 83rd Recruit Academy of the San Francisco Fire Department in 1991.

Over his 25 year tenure in the Fire Department, Chief de Cossio has had the opportunity to work across the wonderfully diverse and unique neighborhoods of San Francisco as a firefighter and later as an inspector.  With the tremendous expansion at San Francisco’s International Airport (SFO), Dan was assigned to the Bureau of Fire Prevention (BFP) at SFO as the International Terminal project was breaking ground.  He went on to represent the SFFD in many developments and strategic projects including SFO’s Air Train, expansion of BART to SFO, transformation of Terminal 2 and the new Air Traffic Control Tower.  While at SFO, Chief de Cossio was promoted to Lieutenant and then to Captain.

Chief de Cossio is particularly excited about the growth and expansion that San Francisco is experiencing, and the launch of innovative programs to better serve the citizens of San Francisco, including the community outreach program which proactively works to deliver fire safety education in all neighborhoods.

In addition to on-going Fire Science education and course work, Chief de Cossio holds a Bachelor’s Degree in Economics, from the University of California, Berkeley.

He lives on the peninsula with his wife and three sons.