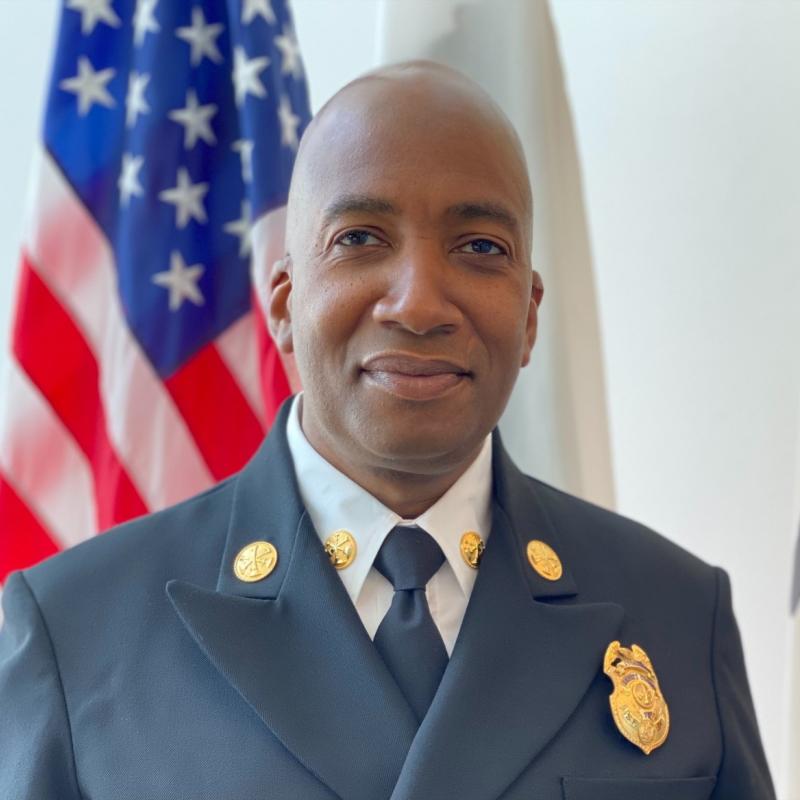 Chief David M. Brown became a member of the San Francisco Fire Department in 1998, serving as a Firefighter, EMT on the BLS Ambulance, and Relief Incident Support Specialist. In 2003, Chief Brown transferred to the Department’s Airport Division at San Francisco International to advance his firefighter knowledge to include Aircraft Rescue Firefighting. With over 18 years of experience at the Airport, Chief Brown worked in every suppression capacity rising through the ranks from Firefighter to Captain, including serving as the Incident Commander before battalion chiefs were assigned to the Airport Division. In the last two decades, he responded to the most significant events at the Airport, including the DHL cargo plane fire in 2008 and the high impact crash of Asiana Flight 214 in 2013, where he and his crew aided in the rescue and evacuation of over 300 passengers for which he and his team earned a unit citation from the Department. Chief Brown holds certifications in Basic ARFF, Advanced ARFF and is a member of the ARFF Working Group. In March 2021, before being selected as Assistant Deputy Chief of the Airport Division, he was assigned to Battalion 4 as an Acting Battalion Chief. During his time as Battalion, he had the honor and pleasure to work with some of the most skilled and competent officers and firefighters in the San Francisco Fire Department.