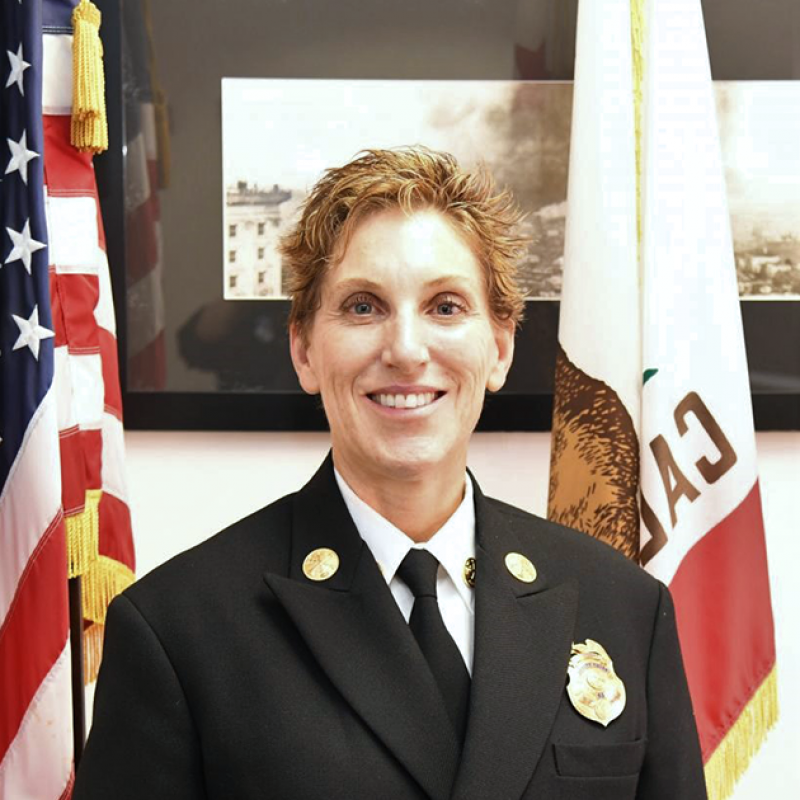 Assistant Deputy Chief Dawn DeWitt joined the San Francisco Fire Department in May 1995.  After working as a firefighter for more than 12 years, she promoted to Lieutenant in 2008, to Captain in 2015, and then to Battalion Chief in 2017.  In addition to her work in operations, she worked at 911 as an emergency dispatcher and call-taker, and as a Training Lieutenant at the San Francisco Fire Department’s Division of Training.

In 2019, Dawn was appointed Assistant Deputy Chief of Support Services.  She is tasked with all facility maintenance, capital improvements, and long-range facility planning.  She oversees the maintenance and purchasing of the Department’s fleet, which includes its fire apparatus and vehicles, aquatic rescue craft, and additional specialized apparatus.  She manages the Department’s Bureau of Equipment who is charged with the maintenance and repair of the Department’s tools and specialized equipment as well as procurement of supplies.  She manages the Clothing Depot which purchases and distributes the Department’s uniforms and protective gear and clothing.  The operating budget for Support Services is approximately $23 Million.

Over the years, Dawn has demonstrated an ongoing commitment to service and to community by volunteering as a mentor at Mentor Me, as an aide to the dying at Heaven’s Helpers, and as a day-care worker at Petaluma’s Senior Services.

Dawn holds a bachelor’s degree in Biology from U.C. Santa Cruz.  She lives in Petaluma with her husband, Matt, and her dog, Puck.  She is a devoted grandmother to her granddaughter, Ariah.