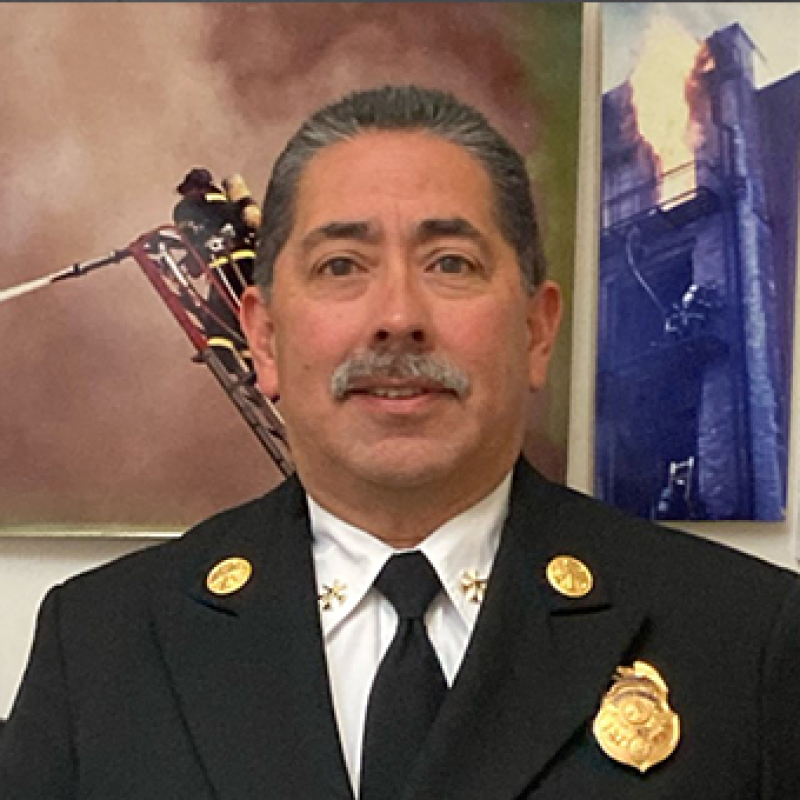 Ramon Serrano joined the San Francisco Fire Department in 1991, working primarily in the South of Market District. In 2008 he promoted to Lieutenant and then in 2017 was appointed Captain of the Bureau of Equipment. He was a Station Steward for local 798 for over 25 years.

On December 30th, 2021 Ramon was appointed Assistant Deputy Chief, Support Services. In this position, he oversees all facility maintenance, capital improvements, long-range facility planning, and the EFWS. This includes maintenance and purchasing of the Department’s fleet, the Bureau of Equipment, Logistics, and the Clothing Depot.

Born and raised in San Francisco, he is the oldest son of Mexican immigrant parents. After graduating from Riordan High School, he attended Santa Clara University and the University of California, Santa Cruz to pursue a career in mechanical engineering. He later entered the construction trades before becoming a firefighter.

Ramon has always been committed to volunteering in the community. He has volunteered for over 25 years with the SF Local 798 Toy Program, coached various community sports teams for over 15 years, and participated in the fundraising walks for the Juvenile Diabetes Research Foundation (JDRF) for over 10 years.