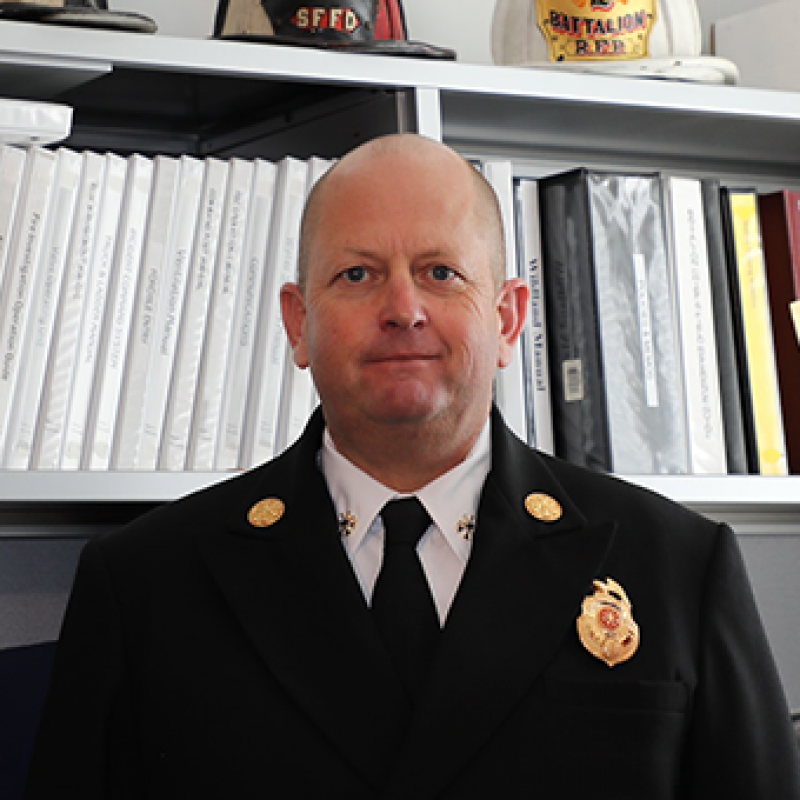 Robert F. Postel began his career in the San Francisco Fire Department in 1991. He has held the ranks of Firefighter up through Assistant Chief, including Lieutenant and Captain at Rescue 1. As Battalion Chief of Battalion 2, Chief Postel managed Hazardous Materials response. As Assistant Chief at Division 2 for the last ten years, Chief Postel served as Incident Commander for numerous major fires and multi casualty incidents. He was appointed as SFFD’s Deputy Chief of Operations on December 10, 2021.