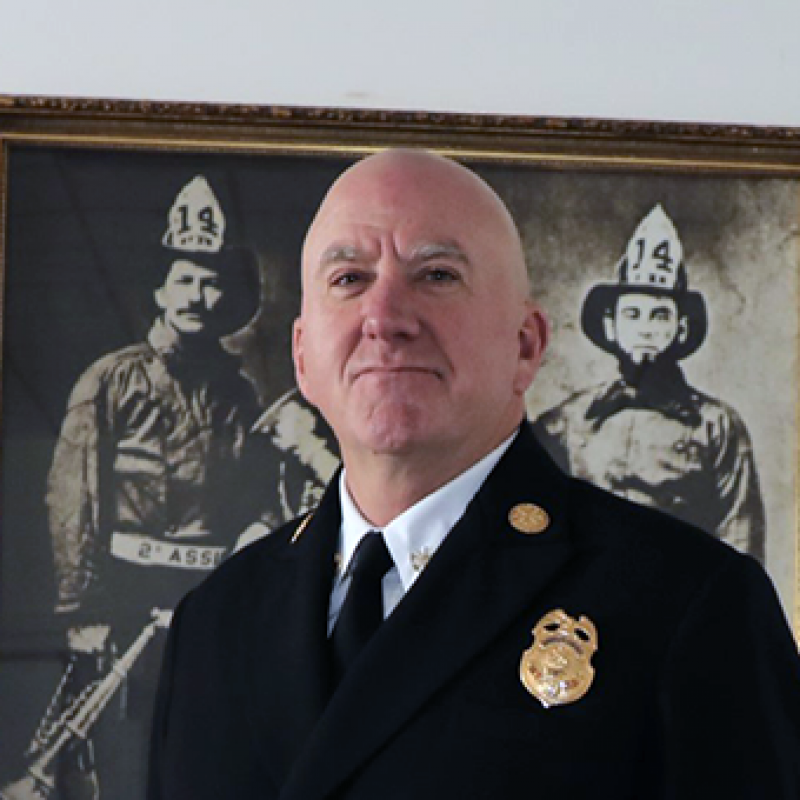 Deputy Chief Tom O’Connor joined the San Francisco Fire Department in February 1993. After serving as a firefighter for over 13 years, DC O’Connor began working as an Acting Lieutenant in the SFFD EMS Division at Station 49. In 2008, he promoted to Lieutenant, in 2011 to Captain and then to Battalion Chief in 2013 working in Battalion 1 until 2021. In 2021, Tom was appointed Assistant Deputy Chief, PUC Liaison. Tom was tasked with overseeing all efforts related to the PUC’s management of the Emergency Firefighting Water System (EFWS).

Tom holds a Master’s Degree in Political Science from U.C. Davis and is a devoted father.