From July 2009 to January 2011, San Francisco Fire Department Paramedics took part in a ground-breaking research study designed to determine which method of delivering anti-seizure medication to patients in status epilepticus is most effective: intramuscular (IM) midazolam or intravenous (IV) lorazepam. Known as RAMPART (Rapid Anticonvulsant Medication Prior to Arrival Trial), the study was carried out in 17 cities and 79 hospitals nationwide, involved 4,314 paramedics who treated some 893 patients, ranging in age from young children to the very elderly. 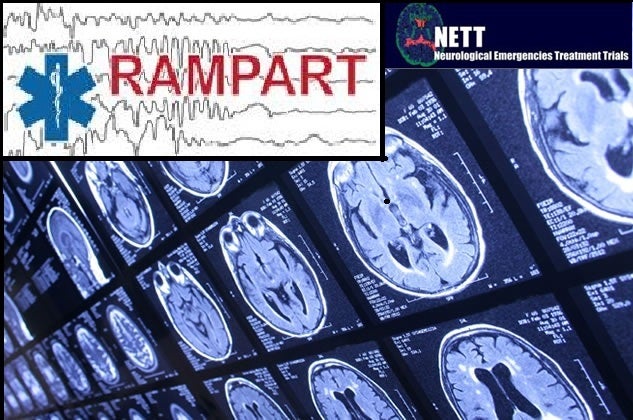 San Francisco Fire Department Paramedics administered the trial medications in the field.  Coordination of the study was performed by San Francisco General Hospital with all eight emergency ambulance destination hospitals in San Francisco participating.  Due to the dedication of SFFD Paramedics, identifying patients in status epilepticus and enrolling them in the study, San Francisco was the third-highest enrolling city, with 121 patients.

Status epilepticus is a condition defined as continuous seizure activity for more than 5 minutes, or two or more sequential seizures without full recovery between seizures. Continuous or prolonged seizure activity decreases oxygen levels and can lead to brain damage or death. The best possible outcome for patients in status epilepticus depends on a treatment that leads to a rapid termination of the seizure.

The study found that patients receiving the IM medication stopped seizing faster. They were more likely to be seizure-free by the time they arrived at the hospital, and were less likely to require hospitalization.

Lead by SFGH trial physician, Dr. Claude Hemphill, with Dr. Karl Sporer, SFFD Medical Director, as co-investigator, the results of the study will most likely effect the future of pre-hospital and Emergency Room treatment of prolonged seizures patients in status epilepticus. Dr. Hemphill is Chief of Neurology at SFGH and co-director of the University of California San Francisco's Brain and Spinal Injury Center.

The results of this study further demonstrates the importance of conducting community-based emergency research, as well as demonstrating the combined strength of a city’s entire health care system when we are all working together.

For more information and details about the science behind the study, please see the following links: