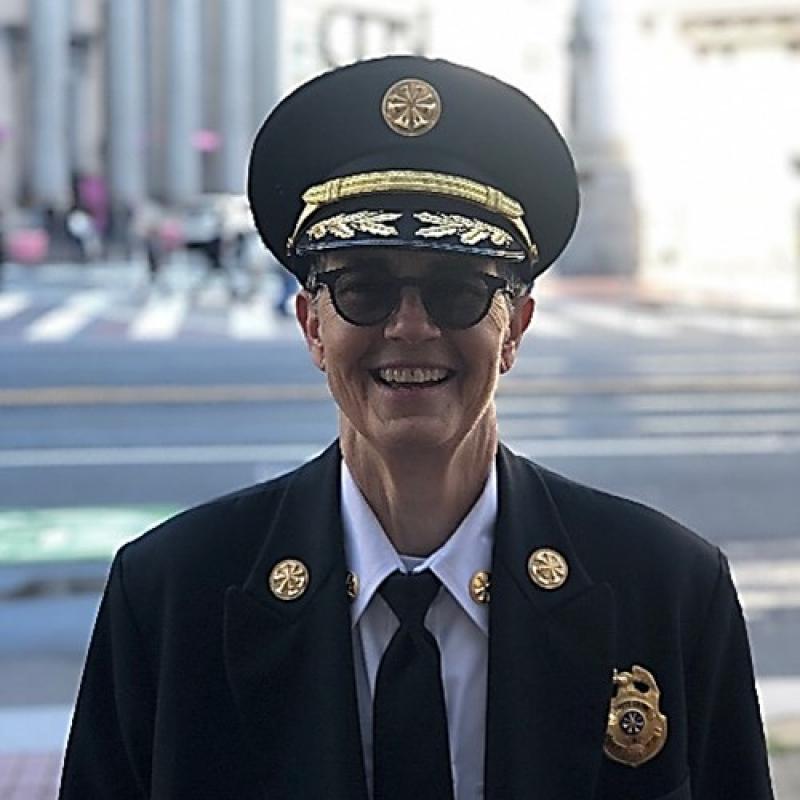 On May 6, 2019, Chief Jeanine Nicholson was sworn in as the 26th Chief of the San Francisco Fire Department (SFFD). She is the first openly LGBTQI Chief of the SFFD.

Chief Nicholson began her career with the SFFD in January of 1994 as a Firefighter EMT. Over the years, she promoted through the ranks of Firefighter Paramedic, Lieutenant, Captain, and Battalion Chief. She was appointed Deputy Chief of Administration in January 2018, and oversaw a number of Divisions including Support Services, Training, Homeland Security, Human Resources, Investigative Services, and Assignment/Personnel Offices. Chief Nicholson is a member of the California Fire Chiefs Association and California Metro Chiefs Association. She currently sits on the Board of Directors of Firescope. Chief Nicholson is a breast cancer survivor and formerly served on the Board of the San Francisco Firefighters Cancer Prevention Foundation. She graduated from Colgate University in New York with a BA in Sociology and Anthropology.

Chief Nicholson is a collaborative leader with a deep sense of respect and appreciation for the members of the SFFD. In addition to day-to-day operations, she is also focused on Firefighter Safety, Disaster Preparedness, and Community Paramedicine. Several of her priority projects include Behavioral Health and Succession Planning. In addition, the ground-breaking Street Crisis Response Team and the Diversity, Equity & Inclusion Office came about under her leadership.

Chief Nicholson has been committed to community service, both on and off the job. She taught for the SFFD’s NERT (Neighborhood Emergency Response Team) and volunteered at Camp Blaze (a leadership and empowerment camp for young women learning firefighting skills).