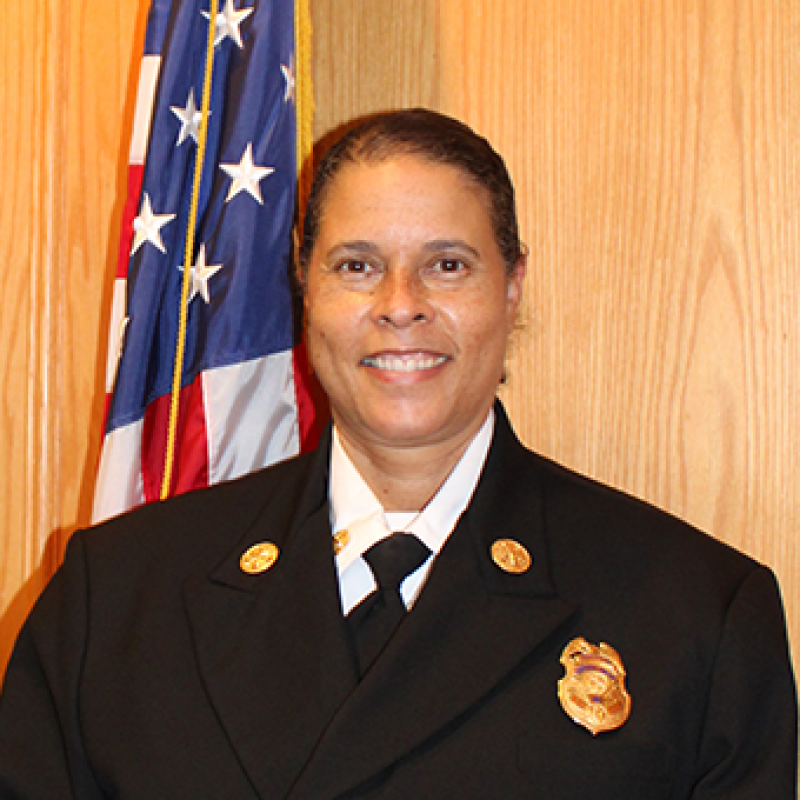 Erica Arteseros is the Acting Chief of the Homeland Security Division of the San Francisco Fire Department since October 2020. The primary areas of responsibility in this role are Homeland Security Grants, Terrorism and Disaster Response planning, USAR/Canine support, SFPD and Department of Emergency Management liaison and Incident and Special Event Response planning.

Prior to that, she was the Program Coordinator for the San Francisco Fire Department's (SFFD) Neighborhood Emergency Response Team (NERT). Arteseros joined the SFFD as a firefighter in December 1997. While in the role of Coordinator, Arteseros supervised the training of over 19,450 people in NERT’s disaster preparedness and response classes. In addition, she expanded advanced training classes offered to residents and NERT graduates so volunteers can maintain and increase their skill levels.

Lt. Arteseros also worked extensively with the State, City agencies, the private sector, and individual citizens in pre-disaster planning and training. She devoted particular effort to reaching underserved areas in San Francisco. In 2011, she received the award for Most Empowering City Employee from the Neighborhood Empowerment Network of San Francisco, an honor voted on by residents of San Francisco. And in September 2016, she accepted the FEMA Individual and Community Preparedness Division’s John D. Solomon award for NERT’s approach to the Whole Community.