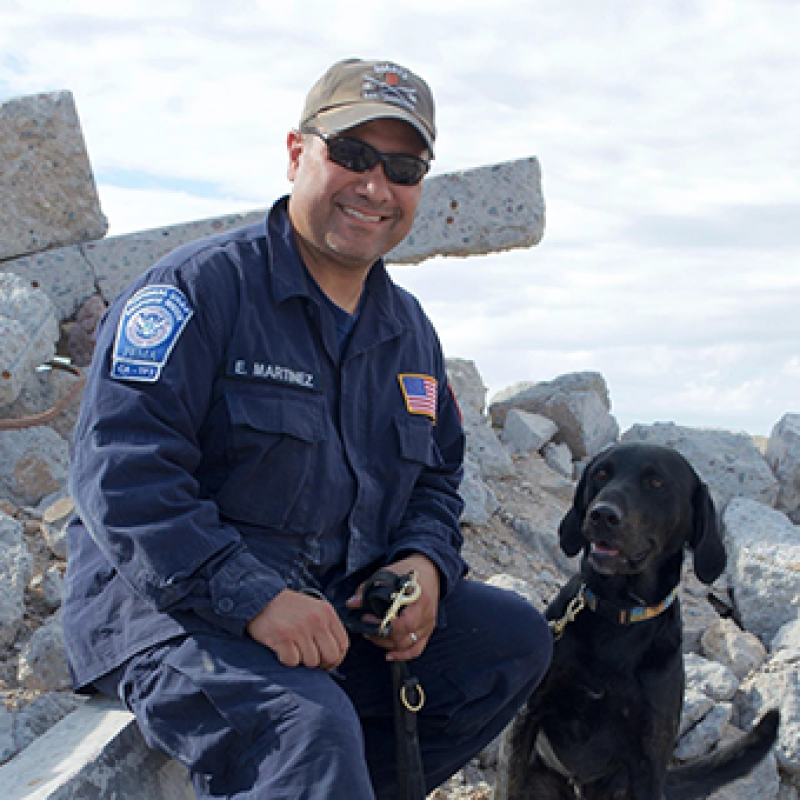 When this handsome Black Lab was picked up as a stray by animal control in Eugene, OR, the officers were sure that someone would claim this sweet dog as their lost pet. As he was named, Fritz was housed at the county shelter on a "stray hold" to wait for his owners to claim him, but no one ever showed up. Kirsten Fulk, a regional SDF Canine Recruiter with Field of Dreams Kennel, found Fritz and evaluated him for the Search Dog Foundation (SDF). After completing the battery of tests, he passed with flying colors, and Kirsten knew she had found a winner!

In January 2015, SDF Master Trainer Sonja Heritage completed a formal evaluation of both Fritz and Minnie. She noticed right away that he had a softer personality, but he LOVED to bark!

Fritz moved through his training quickly and enjoyed finding the hidden "victims" and barking for his toy! Fritz was paired with his new handler, Ed Martinez of California Task Force 3 (CA-TF3), in September 2015. They achieved FEMA Certification a short six months later, which enables them to deploy nationwide in the event of a disaster.