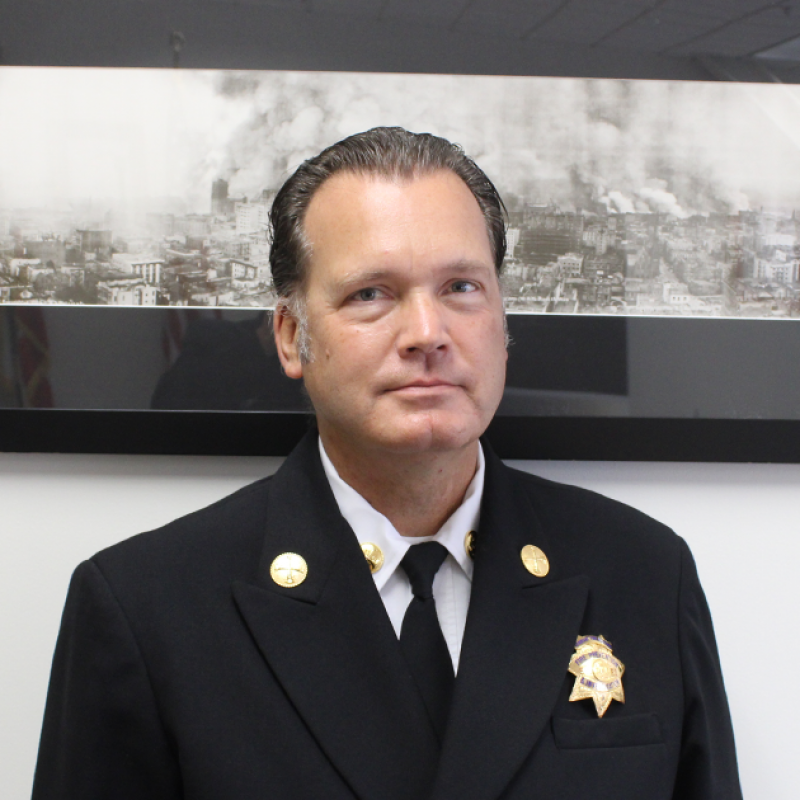 During his 17 years in fire prevention, Chief Cofflin worked in many areas of the Bureau including fire alarm & sprinkler inspections, special events, operational permits, plan review, high-rise, and held the position of Port of San Francisco Fire Marshal for 7 years. While working as the Assistant Fire Marshal, Chief Cofflin was assigned to also oversee the Bureau of Fire Investigation’s team of investigators who work closely with the San Francisco Police Department, collectively known as the Arson Task Force.

Chief Cofflin holds a Bachelor’s Degree in Economics from San Francisco State University and a Fire Science Certificate from City College of San Francisco. This is in addition to his continuous fire prevention related coursework and certification as a Hazardous Material Specialist.

He lives in the East Bay with his wife and twin daughters and enjoys coaching fastpitch softball.